I went to the Maryland Sheep and Wool Festival last weekend! I had no idea what to expect, and it was quite amazing. Sort of a cross between a trade show and a Renaissance faire.  It was the first time I’d shown my book to a) people who knit, and b) people who don’t know me and feel no obligation to say nice things. The response to the book was overwhelmingly positive!

There wasn’t time to arrange a signing or get a bunch of books into a booth – the books haven’t even arrived in the publisher’s warehouse yet!  So I took my lone advance copy, and just started approaching attendees. My husband Alvaro (who took several of the photos in the book) has worked both trade shows and Renaissance faires, and he’s both fearless and suave. Soon I was showing the book off to all sorts of people, and every time I finished my speil, Alvaro was waving me over to another set of knitters.

People loved the patterns (one lady took a look at the Harlequin Purse and declared she was buying the book) and the fact that the book has essays, too (the Revolutionary Knitters and the Knitted Ferrari got people’s attention). Mostly, people’s eyes lit up at the idea of group projects. Many people were there with other members of their circles or guilds, and I saw the glances pass back and forth: “this sounds like fun!” 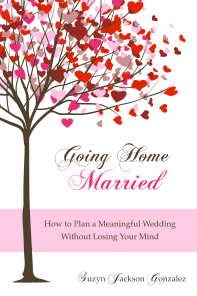